here's looking, schielen, at you, kid!

THIS IS THE MAIN GATEWAY, HUB TO ALL HANDKE BLOGS AND ALL HANDKE SCRIPTMANIA SITES

The Hub, the Navel to Todos Handke!

THIS IS THE HUB, THE GATEWAY TO ALL MY HANDKE BLOGS

and the dozen plus HANDKE-SCRIPTMANIA sites. I welcome thoughtful critical comments on literary matters and especially for the Handke-Yugo blog. Michael Roloff, June 2010, Seattle.

LINKS ON WAKING, THE WEATHER, THEN AUNTIE....

IS THE OVER-ARCHING SITE FOR ALL HANDKE BLOGS AND ALL HANDKE.SCRIPTMANIA.COM SITES, THAT IS FOR THE HANDKE PROJECT AS A WHOLE. It will have one page with links to every page on each blog and for each page on each handke.scriptmania site. Michael Roloff

THE
GOOD
THE
BAD
AND THE
UGLY
ON THE
!!!PETER HANDKE FRONT!!!

STILL NO MORAVIAN NIGHT FROM THE AMAZING F.S.G.

PUBLISHED IN 2007 IN KKKRRRAUTLAND!
AVAILABLE FOR YEARS IN FRENCH, SPANISH, ITALIAN!

As of 2007 Handke, younger by the year,
has published nearly a dozen plays and prose texts

Think about it, what an accomplishment in negative capability!

SEAGULL BOOKS, IN kalkota!!  GETS HANDKE BOOKS OUT IN ABOUT A YEAR OR TWO OF THEIR ORIGINAL PUBLICATION, AS OF COURSE DO GREAT FOREIGN PUBLISHERS GALLIMARD, GARZANTI, ALLIANZA THAT PUBLISH NEARLY ALL OF HANDKE
AS AN AUTHOR OF HIS NOTE DESERVES TO BE,
FSG CONTINUE THEIR CRIMINALLY POOR PUBLISHING PERFORMANCE
THAT DATES TO THE 80S WHEN HANDKE WAS DOING WONDERFULLY IN THE U.S.A. AND THAT SWINE OF SWINES, ROGER STRAUS MANAGED TO COMMIT TYPICAL AMERICAN PUBLISHING HARIKIRI 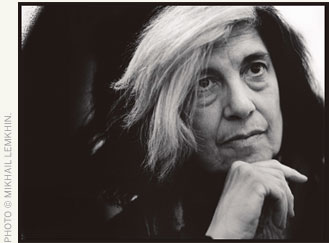 Gallassie, the Straus-picked successor
from my p.o.v. is just as much of a crook
in not  living up to my contract with FSG.
FSG ctd to rely on Krishna Winston's mis-advice.

Not a single Handke title at the huge BARNES & NOBLE
at NORTH GATE in SEATTLE!
Not a one!

No performamnces of any of the great plays

Not  of
STILL STORM

NOT OF
"ART OF ASKING"


which with all the crap notices in its Arts pages
can't even mention Handke winning the Ibsen Prize!

No foreign art news published in its pages
without an Anglo-American hook of some kind!

Why even bother pointing out that our idiot savant
can be a bit daft!

Leland Durantaye turns asshole in Southern California
not the first one:

Orwid Berg, a raindeer in Spitzbergen, does the same:


Not a single Handke title at the huge BARNES & NOBLE!
at
NORTHGATE
in
SEATTLE
​

A LONG CONVERSATION ABOUT DRAMA WITH
THOMAS OBERENDER IS PUBLISHED

IS ABOUT TO BE PUBLISHED BY
LAST BOOKS

AND LAST BUT NOT LEAST...
THE HANDKE-REVISTA-OF-REVIEW
SCHOLARLY LINK & REVIEW INDEX FOR
EACH HANDKE WORK IS NEARLY COMPLETE
IN TANDEM WITH THE HANDKE-DRAMA SITE

""The International Ibsen Award honors this year a work that is unparalleled in terms formal beauty and brilliant reflection. Peter Handke appear throughout this work as a cosmopolite, one who writes on world literature and provides diversity in human stories and shared history room and protection. His texts creates transparency, encourages daring to define itself, and has for years helped to create ever greater acceptance of the fragmented and available innuendo. As Shakespeare's Prospero, Peter Handke created an island, where he has been able to put off what he

has collected from Alaska to Slovenia, suburban and meetings with their ancestors. How Peter Handke in over half a century created the most unusual form of classicism after the Second World War, and he creates it still. "

I'll post a link here to the Knausgard laudatio as soon as it comes on line.

HANDKE'S IBSEN PRIZE
makes me happy,
for him
and for theater.

I have a few bones to pick with our man, but they are brittle bones, none include his defense of the unjustly - for being exclusively - accused Serbians.
Nothig provokes my nausea reflex as much
as the dispensable righteousness of
the U.S. “humanity hyenas” in respect to that still tender subject.

I laugh off the old bones, for few matters have made me happier or given me more joy than some of Handke's plays and my work on them and some of his books.

The most entirely unexpected
experiences of my life!
Happenings, and some of the plays
even induce catharses!
Good Hours!

exceeds the power & ingenuity that reason has bestowed on me.

Among the surfeit of prizes he once said he would refuse (but did not!) the Ibsen Prize

looks to be the perfect one. For indeed, theater will never be the same, not that the U.S., or its art directors or critics
is any less ignorant in this respect than in so many others, or his chief U.S. publisher, Farrar, Straus,
any more competent.

A combination of Shakespeare and Oedipus might appear yet they would not know.
Here we have a Shakespearean talent!
Nonetheless, despite constant deference to the Bard of Avon, the naturalism of the familiar emoticon Aha persists.

Handke says he is a realist, true enough in that he has renovated the great realist prose tradition and introduced profound innovations there.
In his theater he has added the
“happening factor” to the ambiguity of reality.

Look: how he does NOT repeat himself!
Look how he challenges his audience!
Look how U.S reviewers and art directors can't deal with that!

Just look at all the stuff that's been mounted since the mid-80s and the Handke that has not been done in the English-speaking world!

and you realize that, as usual, the U.S missed the boat, and will come arunning once it is nearly out of sight.

originated in the now fifteen-year old Handke.scriptmania complex and its
sub-sites:

has 45 posts.
Posts that have evinced the greatest interest are:

http://handke-drama.blogspot.com/2010/06/walk-about-villages-ueber-die-doerfer.html
I call your attention to the research sites: Klaus Kastberger's

At one time ex-author Richard Schechner of TDR
offered to publish my Handke drama lectures as a TDR book,
asked if he had $ 1000 to help defray
he did not, thus, so far, my work along
my line remains incomplete
but there have been interesting takes

that I have to accommodate:

I call your attention to the research sites: Klaus Kastberger's

Posted by SUMMA POLITICO at 3:21 PM No comments:

The Hub, the Navel to Todos Handke!

The Hub, the Navel to Todos Handke!
NEWS + LINKS

LINK OF LYNXES TO MOST HANDKE MATERIAL

AND BLOGS ON THE WEB:

bpth have the psychoanalytic monograph

This LYNX will LEAP you to my HANDKE project sites and BLOGS:

THE FIREPLUG OF FILIALITY REINSURE YOUR BUNGHOLE!" {

[von Alvensleben]
"Siena me fe, disfescimi Maremma." [Dante]
"Ennui [Lange Weile] is the dreambird that
hatches the egg of
experience."

[Walter Benjamin, the essay on Leskov.]

Posted by SUMMA POLITICO at 8:14 PM No comments: